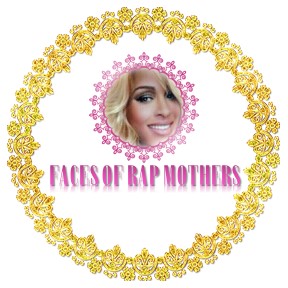 Candy Strother DeVore-Mitchell, Dianna Boss and Madamm Meek feature in the remake of the hit single “Goodies”, which was originally written and performed by Ciara from 2003-2004; also, included in the upcoming Faces of Rap Mothers Music Group album

(The Magazine Plus Editorial): – Washington, DC, District of Columbia, November 5, 2021 (Issuewire.com) – DonnaInk Publications, LLC (www.donnaink.com) presents the Faces of Rap Mothers including the remake of “CandiesCiara’s (www.soundcloud.com/facesofrapmothers) was recently released and is broadcast on niche radio stations across the United States and in various digital media on the Internet and over the airwaves. This group is another of Candy Strother DeVore-Mitchell’s creative efforts across the Faces of Rap Mothers Enterprise (a California company) (www.facesofrapmothers.com) – its vertical subsidiaries so far include 1) music production and 2) the television network currently as entertainment initiatives. A 501 (c) 3 is on the horizon for a reputable charity that would empower young women who are culturally motivated by charitable giving; and, registered membership for female, and now male, member artists at Faces of the Rap Mothers corporate community, with the option to highlight musical participation or TV network interests, begins in January 2022.

An additional remake in the band’s work is “Touch My Body”, a track by Mariah Carey, which features Benji and HONEY BLUNT at the Faces of Rap Mothers and also includes Angela Gilchrist-Guyton who overlays the track. Candy Strother DeVore-Mitchell and Dianna Boss sing in “Touch My Body” with the addition of Enola Gaye as an engineer and an additional vocalist. Meek, who is not on the track “Touch My Body”; will be included in additional Masters for the next forthcoming album. The Faces of Rap Mothers working on an album consisting of remakes and to include original compositions. These women are currently looking to sign with record companies and community industry facilitators to take their Masters to the next level. . . so look for these women on your radio and your shows because they intend to soar together. There are additional members to participate in upcoming creations. Updates will be released once established.

About Faces of Rap Mothers TV Network: is a vertical subsidiary owned by a woman Faces of Rap Mothers Enterprise, which airs on Roku where more than 50 million viewers can enjoy its promise of a vast series of national programs, Rap Mother and Entertainment Artisan, made up of artists, hosts, followers, fans, friends , family, associates and even crushers and groupies who come together to welcome the new entrepreneurial venture.

Faces of Rap Mothers Mission Statement: The voice and vision of Faces of Rap Mothers © by Candy Strother DeVore Mitchell, deliver books, music and TV shows, including the “Rap Mothers Save The Day ©” children’s book series, which say the truth of women of all colors, creeds, and denominations as supporters of dulcet in past lives as supporters of icons in the rap and hip-hop industry. Faces of Rap Mothers unites, empowers and unites women by organizing roles of coaches, actresses, artists, entrepreneurs, healers, wise men and housewives among associates, families and friends, rap and hip-hop industry icons, readers and fans. Faces of rap moms © also provides evolving real-time captures of this industry moving from angst, animosity and sexism to acceptance, goodwill and decorum while continuing their zeal for entertainment through creation. , the intervention and reinvention of Rap Mothers (for example: mothers, daughters, sisters, aunts, cousins ​​and affiliates of iconic rap and hip-hop figures) nationally and internationally while developing strategies for abundance, growth-ignition and resilience in reforming history from the perspective of women engaged in planning for the future.

Faces of Rap Mothers Vision Statement: Faces of Rap Mothers © vision is to entertain while guiding rap and hip-hop enthusiasts towards developing understanding of the women behind the industry and having fun while engaging the community at large to inspire young people towards a better diversity mentality future planning and the doorstep of women-owned and minority-owned businesses.

From the books Faces of Rap Mothers (volumes one to ten):

From Faces of Rap Mothers Fathers Editions (volumes one to ten):

From Faces of Rap Mothers Presents . . .

By Rap Mothers Save The Day: (Children’s books)

Additional news from the Faces of Rap Mothers Enterprise see you soon!