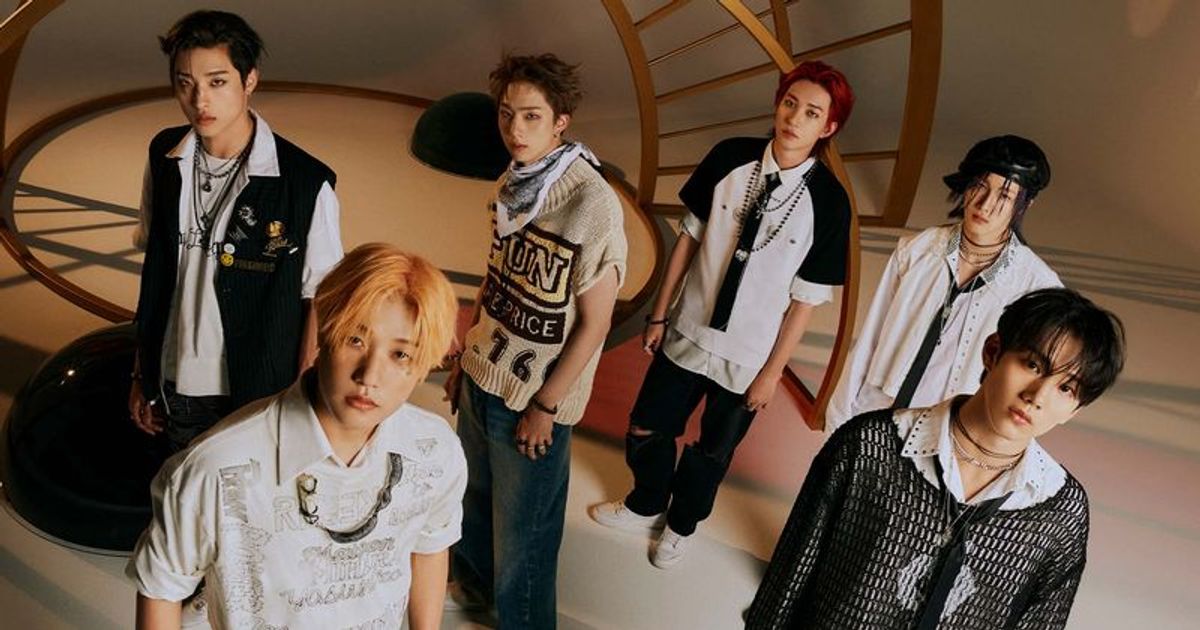 EXCLUSIVE | K-pop Group P1Harmony Shows A New Side With ‘Harmony: Zero In’ Album

P1Harmony has been booked and busy since day one of 2022 from two comebacks, a US tour, their first collaboration with none other than Pink Sweat$ to an appearance on Trevor Noah’s show and winning gold at the ISAC 2022. After solid hip-hop singles with which they established their sound, the K-pop boy group decided to experiment with their next album “Harmony: Zero In” while incorporating their sci-fi concept from their beginnings.

After their successful US tour, P1Harmony are back with their fourth mini album “Harmony: Zero In”, released on July 20. Well, MEAWW got the chance to ask the boy band about their new series of albums, their collaboration with Pink Sweat$ and new projects. In an exclusive interview with MEAWW, P1Harmony talked about their metaverse, showing them a new side, their upcoming tour and more.

MEAWW: First, we would like to congratulate you on a busy and successful year! And now you’re back with another album ‘Harmony: Zero In’. How are you all feeling?

KEEHO: It’s been about 6 months since our last comeback, so we’re very happy to be back and have a lot to look forward to. We’ve had a lot going on in the last 6 months, like going on tour. We think we’ve shown our fans many different sides of P1Harmony and how much we’ve grown with the “Harmony” series, so I’m excited.

MEAWW: How different is ‘Harmony: Zero In’ from your previous series of ‘Disharmony’ albums which were all about your +WORLD metaverse?

JONGSEOB: I think there is a big difference in atmosphere and message between the ‘Disharmony’ series and the ‘Harmony’ series. While previous albums focused on breaking away from the existing incongruous and absurd world and finding a new world, this album, “Harmony: Zero In”, is the first message to be sent out about how we will decorate and create freely in this new world.

MEAWW: Your title track “Doom Du Doom” also shows us a new side to P1Harmony as artists. What was your first impression upon hearing it?

THEO: When I first heard the song, I thought the guitar riff was quite addictive and the part we all sing together matches the color of P1Harmony well.

MEAWW: One of the reasons fans love your script is probably because of your movie. Can we expect a sequel?

INTAK: Thank you so much for the love and support everyone has given to the film. There are no plans for the next series yet, but if everyone wants it, you never know, right? (haha)

MEAWW: Your collaboration with Pink Sweat$ was such a pleasant surprise that you went from covering his song to participating in your concert. What was your reaction when you found out you were going to work with him?

JIUNG: I mean thank you very much. I was listening to Pink Sweat$ music before the collaboration, and he was one of my favorite artists. We covered the Pink Sweat$ song before, and after seeing it, he commented on our social media. It was so surprising and hard to believe, but after that we kept in touch and he came to see us when we played in the States, and the conversation went well, so we had the opportunity special to work with him. If there is a good opportunity in the future, we would also like to collaborate with other great artists.

MEAWW: The music video for ‘Gotta Get Back’ is so cool. Are there any funny behind-the-scenes stories during filming?

SOUL: It was a very interesting experience. I was surprised that a Korean recognized us as we were walking down the street after filming.

MEAWW: Your first US tour was such a success! Is there anything new you learned about yourself on tour?

THEO: I was a little nervous before going to the concert in New York for the first time. I think it was the first time I was so nervous after our debut. It was surprising to feel that for a long time.

MEAWW: If you could only choose one song to perform for your fans forever, what would it be?

KEEHO: I think I would choose the song called “AYAYA”. It’s so fun and simple that it’s easy to follow, and it’s fun to listen to and play. I also think it’s a good song to listen to regularly.

THEO: I think I will do ‘Do It Like This’ unconditionally. It’s my favorite song among all our songs, and I think it’s a song that can also show who we are.

JIUNG: I would do ‘Do It Like This’. I think it’s a song that everyone can enjoy together.

INTAK: I choose ‘AYAYA’. The song is very exciting!!

JONGSEOB: If it’s a performance, I’ll show you ‘AYAYA’.

MEAWW: Well, you’ve definitely gathered fans from all over the world. Where would you like to tour next?

INTAK: I would like to go to France! I have a feeling that would be fun!

MEAWW: You’ve already accomplished so much in just six months. What is your next goal in the near future?

MEAWW: KEEHO, you seem to be going viral for your funny VLives. If you weren’t an idol, would you consider being an influencer?

KEEHO: Since there’s no one who doesn’t use social media these days, wouldn’t it be natural to do so? I’m not an influencer, but it seems to come naturally, so if I suddenly become popular while I’m on social media, there’s no reason not to!

MEAWW: THEO, what kind of song would you like to sing that you haven’t tried yet?

THEO: I want to try music with strong rock band sounds. I love the sounds of the band so much that I feel like I would fit in well.

MEAWW: JIUNG, if you had to describe your life with one song, what would it be and why?

MEAWW: INTAK, what is your favorite dance move or trend right now?

INTAK: These days, I love our “Black Hole” choreography! I think it’s strong and energetic!

MEAWW: SOUL, if you had to choose between dancing or rapping, which skill would you give up?

SOUL: I would quit rapping if I had to choose. I have been dancing for a long time and I feel very happy while dancing, so I don’t think I could give it up.

MEAWW: JONGSEOB, what is your favorite book to read in your spare time?

JONGSEOB: On my days off, the books I read alone are usually the lightest rather than the heaviest. I like to read imaginary books whose contents could be drawn in my head like “Butterfly” by Bernard Werber or “The Martian” by Andy Weir.

MEAWW: Finally, a last word for your fans who were waiting for your return?

JIUNG: Thank you for your passionate and warm support. We will try our best to show you wonderful performance in the future, so please stay with us. I have no doubt that we will be able to make you happy!

Mark your calendars, the new ‘My Life as a Rolling Stone’ document is about to be released