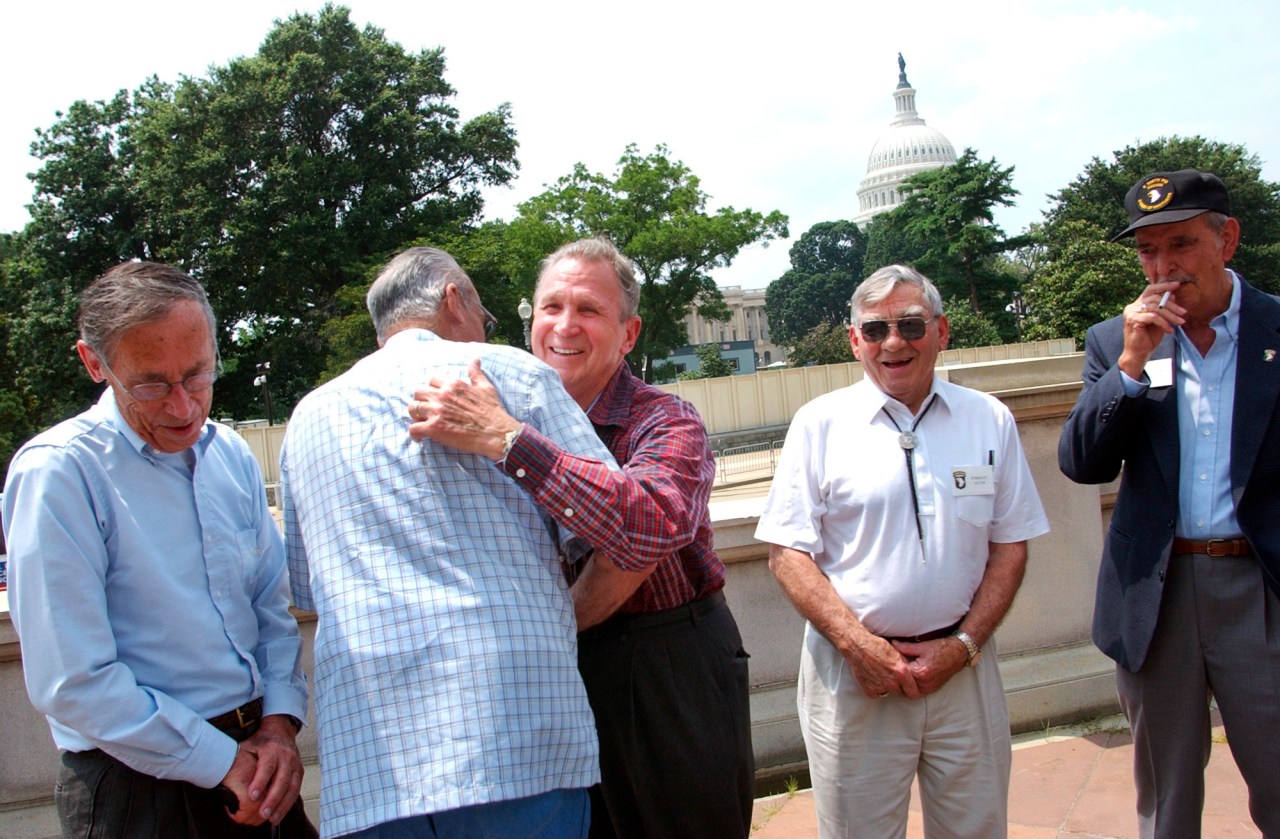 NORFOLK, Va. (AP) – Edward Shames, a World War II veteran who was the last surviving officer of “Easy Company”, which inspired the HBO miniseries and the book “Band of Brothers”, has passed away. He was 99 years old.

An obituary published by Holomon-Brown Funeral Home & Crematory indicates that Shames, of Norfolk, Va., Passed away peacefully at his home on Friday.

Shames was involved in some of the most important battles of WWII. During the war he was a member of the famous Easy Company, 506th Parachute Infantry Regiment, 101st Airborne Division.

â€œHe made his first combat jump in Normandy on D-Day as part of Operation Overlord. He volunteered for Operation Pegasus, then fought with Easy Company in Operation Market Garden and the Battle of the Bulge in Bastogne, â€according to the obituary.

Shames was the first member of the 101st to enter Dachau Concentration Camp just days after his release.

“When Germany surrendered, Ed and his men from the Easy Company entered Hitler’s Eagle’s Nest where Ed managed to acquire a few bottles of brandy, with a label indicating that they were” on the spot. ‘FÃ¼hrer’s exclusive use. “He would later use the brandy to toast his eldest son’s Bar Mitzvah,” the obituary said.

After the war, Shames worked for the National Security Agency as an expert on Middle Eastern affairs. He also served in the US Army Reserve Division and later retired as a Colonel.

Easy Company was the subject of Stephen Ambrose’s 1992 book, “Band of Brothers,” on which the HBO miniseries was based. The 2001 miniseries, created by Tom Hanks and Steven Spielberg, followed Easy Company from its formation in Georgia in 1942 until the war ended in 1945. Shames was played by British actor Joseph May.

A funeral service will be held at Forest Lawn Cemetery in Norfolk, Va. On Sunday morning, the funeral home announced.

This story has been edited to correct the name of Operation D-Day, Operation Overlord, not Overload.