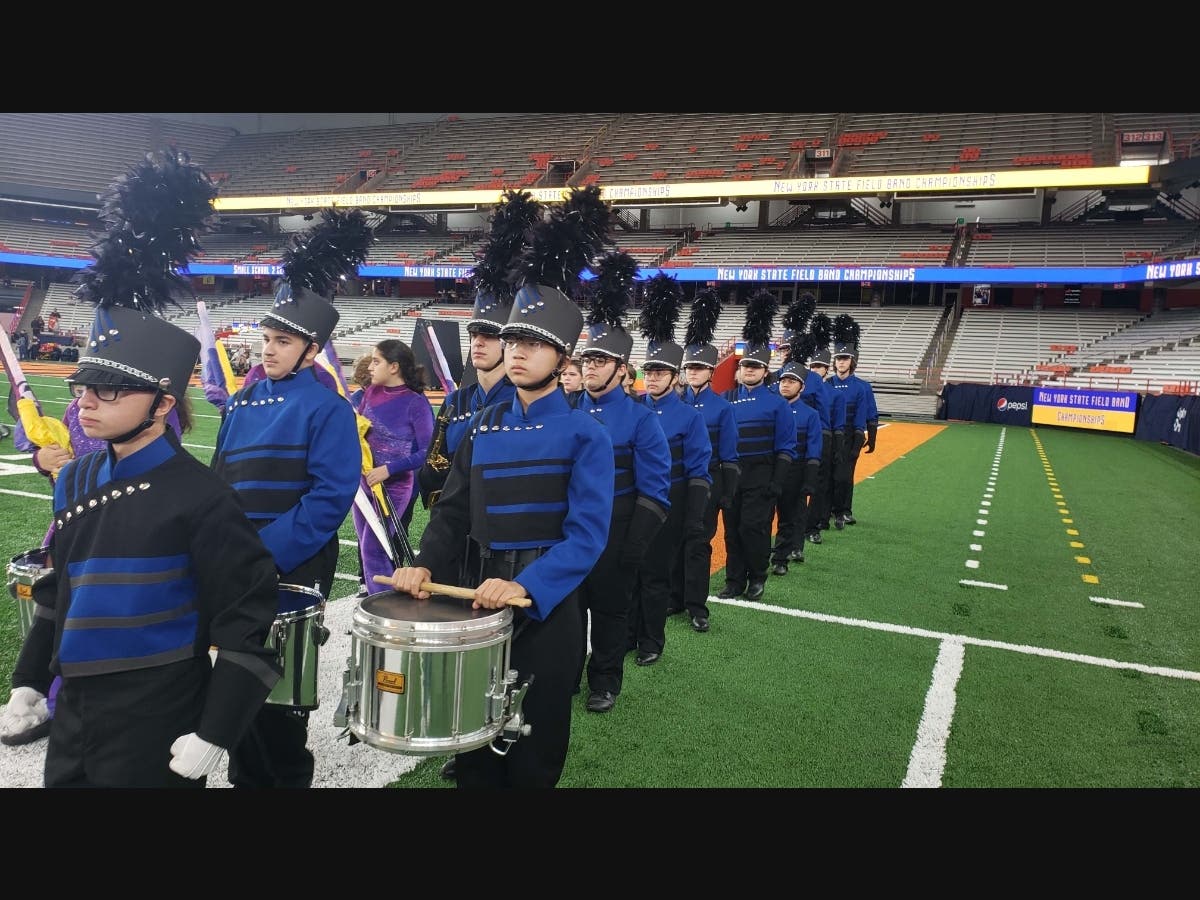 LEVITTOWN, NY – The Division Avenue High School Marching Band has been working hard with performances, including attending a championship in Syracuse.

On October 9, the group hosted an open house and clinic for Grades 3 to 6 students. The band members worked with young students to learn Star Wars music and perform in front of family and friends. The event was also to benefit the Wisdom Lane Food Pantry, which received non-perishable foods donated by group members and attendees.

On October 30, the marching band attended the 2021 New York State Field Band Conference Championships at Syracuse University. The band members of Division Avenue High School and General Douglas MacArthur High School achieved one of the highest scores in the group’s history in championship competitions with their show, “Dare to Dream”. After a year without being able to compete due to the pandemic, the students performed in front of a live crowd in the Syracuse Carrier Dome.

“These students put their hearts and souls into the marching band every day – I am fortunate to have the opportunity to witness it,” said marching band director Chris Rossi. “Their performances have inspired many, from fans to parents, and even to me. They are, hands down, some of the most motivated students in the community and their accomplishments show it.”

The five best entries of Finnish rock and metal Eurovision