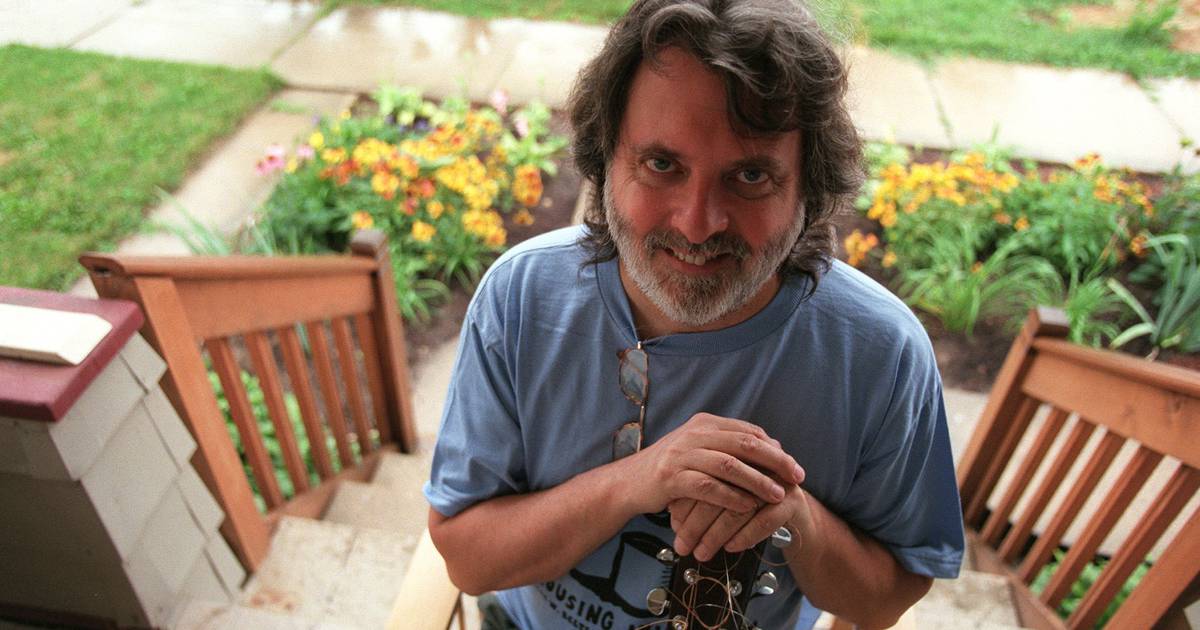 “Everything is clear as day,” Siegel said. “Jim could do just about anything he wanted to do. He was a guitar master, an artist, an incredible photographer. He was a poet and a great songwriter. He was also a humanist. A great man.

Schwall died June 19 of natural causes at his home in Tucson, Arizona. He was 79 years old.

He was long gone from Chicago; making a living and making music in rural Wisconsin; in Iowa for a while; and longer in Madison, Wisconsin, where he earned a doctorate in music composition, tirelessly championed human rights and homeless causes, and ran unsuccessfully for mayor.

Speaking late last week, Siegel recalled the day he met Schwall in the mid-1960s. They were young students studying music at Roosevelt University and playing in the jazz band of school. They found themselves in an elevator, Siegel carrying a saxophone, Schwall with a guitar. They talked, they shared their passion for music, and they soon went to each other’s apartments to play. Then they traveled south, to sit with the blues greats who frequented a place called Pepper’s Lounge.

“We were amazed and so lucky, hired to play from 9 p.m. to 3 a.m.,” Siegel told me. “Two young white children learn the blues and have this mind-blowing experience. Joined on stage by Muddy Waters or Buddy Guy or Otis Spann or Little Walter, Willie Dixon, Hound Dog Taylor. The following week it was Howlin’ Wolf and James Cotton. Another week was Junior Wells and Magic Slim. It became clear to me how lucky we were to be on stage every week with these blues masters coming and going all night.

They soon formed the Siegel-Schwall Band with Siegel on harmonica and piano, Schwall on guitar, Rollo Radford on bass and Shelly Plotkin on drums. It would go on to become one of the most influential bands in the city’s history.

They played at local clubs such as Pepper’s, the Quiet Knight and Big John’s. They traveled and shared bills with artists such as Janis Joplin and Joni Mitchell. They have recorded a number of studio and live albums for Vanguard and RCA/Wooden Nickel. They also became the first blues band to perform with a symphony, performing “Three Pieces for Blues Band and Symphony Orchestra” with the San Francisco Symphony and elsewhere, a piece written by Chicago’s William Russo and conducted by Seiji Ozawa, the Japanese-born conductor who initiated the collaboration when he was with the Chicago Symphony Orchestra.

Memories of all this, and more, came flooding back to Siegel at the news of Schwall’s death. “I’ll never forget the number of people, people like Larry Coryell, the late acclaimed jazz guitarist, who told me how great Jim was and how much he looked up to him.”

Billboard magazine once called the band “one of America’s finest bands” and the Boston Globe called Schwall “arguably the best electric guitarist in the country.” It came as a surprise to many when the Siegel-Schwall Band broke up in 1974.

But it was a split without acrimony or rancor. As Siegel would later recall, “There were a few reasons why we stopped playing together. One, people were getting really rowdy at our gigs, and we didn’t really feel good about it. And two, we weren’t doing anything we could be very proud of.

Schwall would go on to live on a farm in Wisconsin for a time with a wife and a dog; in Davenport, Iowa, working in shipping at a gas station supply distribution; and for a long time in Madison, Wisconsin.

Siegel would carve out a new career playing clubs as a solo folk and blues act, record a few albums, play keyboards and harmonica on albums by John Prine and Steve Goodman, and was a guest harmonica player. with major symphony orchestras here and in Europe. He would become a member of the Blues Hall of Fame and be recognized as one of the greatest harmonica players in the world.

Inspired by the collaboration with Ozawa, Siegel also found “Chamber Blues”, a captivating and hugely entertaining mix of classical and blues music that remains a staple of the music scene.

And Siegel-Schwall would live on, coming together for shows over the decades.

This, for both men, was a joy. As Schwall would say, “It was only part of being a musician that I loved – and the only part I’ve ever loved – is the part that involves having a guitar in my hands in front of an audience. I don’t like anything else, and I especially don’t like the commercial part.

In addition to his playing with the reconstituted Siegel-Schwall, the guitarist also shaped a career with the Jim Schwall Band and as a solo artist, culminating in albums such as 1978’s “Spring Vacation”, “Live at Heroes” in 1995. ,” and “Bar Time Lovers” from 2014. He gave live performances at various taverns and cafes in the Madison area.

And he and Siegel talked frequently.

“Eventually he gave up on music,” Siegel said. “He sold his guitars. He was reading books, just hanging out. We often talked on the phone and I would say he was happy, very happy.

The last times they spoke, Siegel said, “I realized that in the 60 years we knew each other, played music together, there had only been two disagreements, and each of them them had lasted a minute. I made it a point to tell him in some of our last conversations how much I loved him and how important he was to my career, to my life.

Schwall is survived by two brothers, William and Stephen. A memorial ceremony is planned.