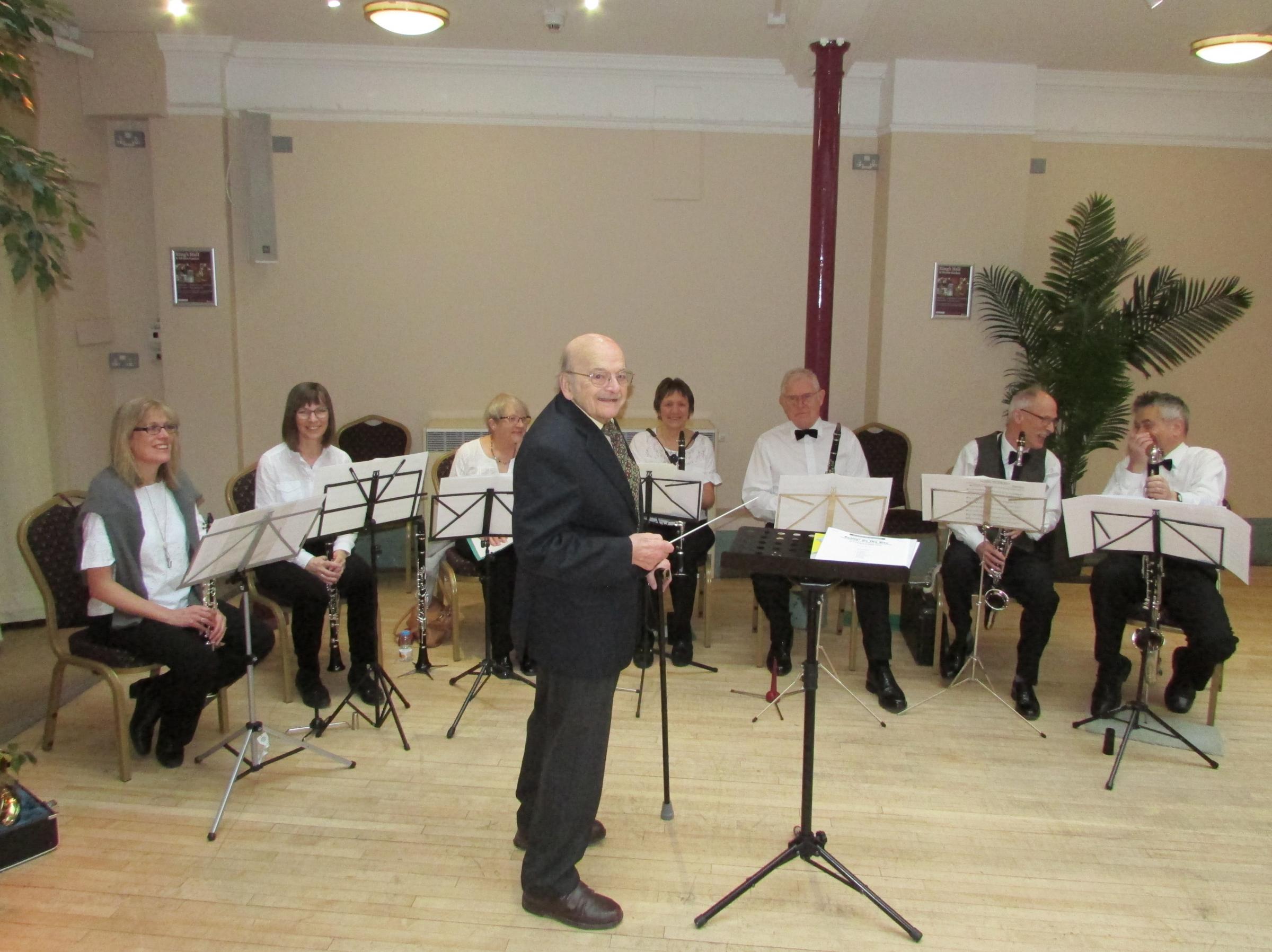 WITH the death of David Pyett at the age of 93, Ilkley lost one of his most distinguished sons, a generous, talented and courageous man who truly gave â€œa life of serviceâ€ to his hometown.

Born and raised in Ilkley, David attended Ilkley Grammar School despite a childhood marred by poor health and poor eyesight. His professional life began in the accounting department of the Bradford Dyers Association, but he was fired in the early 1980s. He turned down a transfer offer that would have meant leaving Ilkley and found a job in the Education Department. adults in Bradford and Ilkley Community College.

From his early years David was passionate about music, learning to play the clarinet and getting involved in any musical activity that presented itself. A teenager in wartime England, he helped operate the hand-cranked gramophone for Wednesday afternoon concerts at Kings Hall, where the Yorkshire Regiment was based. He became a board member of the Wharfedale Recorded Music Society during its formation in 1944 and in 1946 he joined the Ilkley Concert Club board as a founding member, a bond that was not severed until his death. .

The two themes of music and local activism marked David’s massive contribution to our region.

For much of his adult life, he spent time as a volunteer on the management committee of the local youth club, for many years as president, and his example encouraged others to contribute. also. David’s help was exceptional because of his energy, persistence, and ability to see where the most needed was.

However, of all of David Pyett’s enduring accomplishments, the most notable is in music. His interest was based on his skill with the clarinet, which he always put to the service of others. An enthusiastic teacher, he encouraged students of all ages and abilities at the Ilkley Music Center, established in 1976 and for which he was responsible as part of his role as the organizer of adult education in the Ilkley area and from Wharfedale. When effective funding was withdrawn from the Music Center in the mid-90s and efforts to maintain a small group of clarinetists seemed doomed, David stepped in.

Another organization David has been responsible for since its inception in 1944 is the Wharfedale Recorded Music Society. Few are familiar with this long-standing, humble band who hold weekly meetings from fall through spring, presenting lectures and listening to exceptional recordings. of all forms of music. classical music. David was responsible for securing lottery funding for state-of-the-art audiovisual equipment to improve performance and keep the evenings well-supported.

The pride of place among his accomplishments has to go to David’s beloved concert club, Ilkley. From the start, as a youngster in 1947, David was an active member of the committee, but his most notable contribution came as chairman for 36 extraordinary seasons from 1976 to 2012.

David Pyett took over the presidency when the club, despite having a distinguished history, had declining audiences and could have gone extinct. David recognized that in order to survive and thrive, he had to attract top quality musicians to perform major works in the repertoire, such as when the club was founded. With great determination, David rose to prominence among leading musical agents and pursued his goal of engaging established and emerging artists to perform demanding works spanning a wide range of instruments and styles. David’s in-depth knowledge of the repertoire and artists, developed from his own interest and his own studies, was invaluable and earned the respect of leading agents and the musicians themselves.

Above all, the dynamism and energy expended to improve the quality of concerts led to an increase in audiences and greater financial security. The Club now has the remarkable record of having sold all of its 476 tickets to annual subscribers for more than thirty seasons. Under David’s leadership and his wise guidance, Ilkley Concert Club has maintained its position as one of the UK’s largest and most successful music clubs, attracting many world-renowned musicians to Ilkley – a privilege with which few comparable small towns enjoy. It is a measure of the man for whom David has always taken great pleasure in knowing that the large and loyal audience has had access over the years to the highest quality music and musicians close to home. him and at an affordable price. It opened up the joy of classical music to many who would otherwise have considered it beyond them.

The involvement in musical activities has led to many other local initiatives which have had a huge impact on the community. Recognition of a gap in the music offering in Bradford and his links with Bradford College led David to be responsible for the creation of the Bradford Cathedral Chamber Concerts, designing programs with such expertise that a Audience base was established which allowed the chamber concert series to unfold. for over 25 years.

When the â€œFriends of the King’s Hall and Winter Gardenâ€ were formed, David immediately became a member and vice-president. He played a major role in constantly improving the facilities so that the hall and winter garden became more attractive and more widely used, and in turn more income was generated so that the improvements could continue.

Can I make additional repayments on a personal loan?