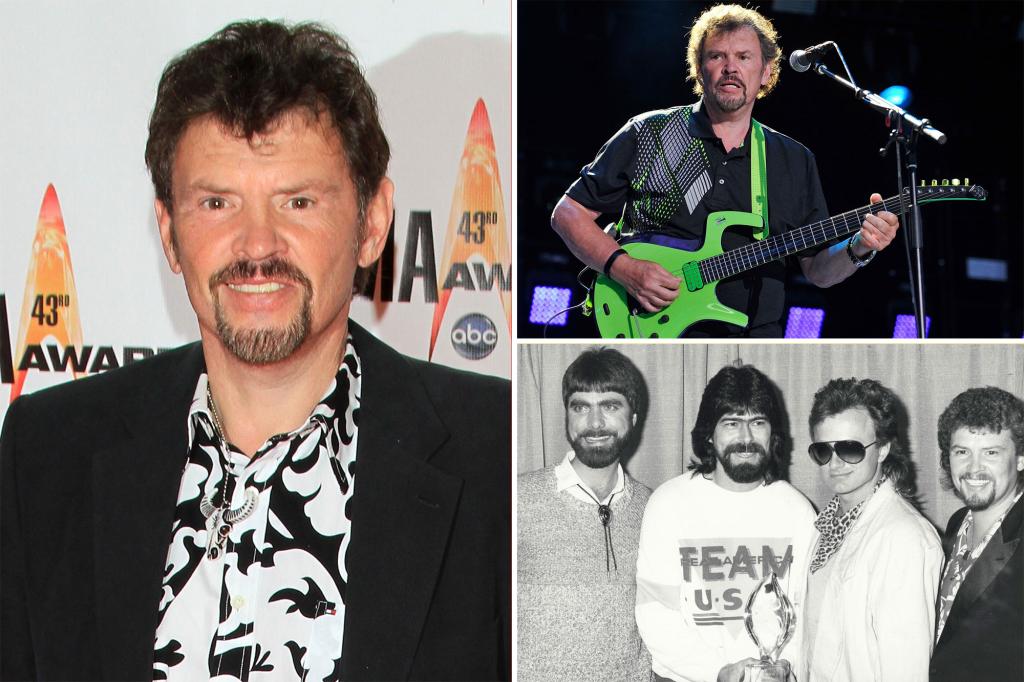 A representative for the band confirmed Cook’s death to The Tennessean on Tuesday. Cook was at his coastal property in Destin, Florida.

News of the loss comes eight years after the country rock legend was diagnosed with Parkinson’s disease, which he went public with in 2017.

Jeffrey Alan Cook was born in Fort Payne, Alabama with a long history in radio dating back to age 14 when he got his broadcast engineer license and was hired as a DJ at a local station. .

The multi-instrumentalist and vocalist first fronted the band Wildcountry with his cousins, Randy Owen and Teddy Gentry, in 1972 – which later became Alabama in 1977. In the meantime, he’s also made a comeback to the radio when he founded Cook Sound Studios, Inc., in his hometown, and he also started radio station WQRX-AM in Valley Head, Alabama.

After the band initially stopped touring in 2004, he formed Cook & Glenn and the Allstar Goodtime Band, but would perform occasionally as Alabama until his diagnosis with Parkinson’s. The last time they played together was in 2018.

The “Song of the South” singer was inducted into the Country Music Hall of Fame in 2005.

Cook co-wrote the band’s song “No Bad Days” in 2015, which took on new meaning when he was diagnosed with Parkinson’s.

“After I was diagnosed with Parkinson’s, people would quote the song to me and say, ‘No bad days,'” he told the Tennessean in 2019. “They write me letters and notes and emails. e-mails and they sign ‘No bad days’. I know the support is there. They join me. People I don’t know come up to me and say, ‘How are you feeling?’ You just have to live it daily and take it as it comes. Prayer works. And I know there was a lot of prayer going on.

The Alabama band members celebrated their 50th anniversary this year.

Cook is survived by his wife of 27 years, Lisa.

Watauga Community Band will perform at the Appalachian Theater