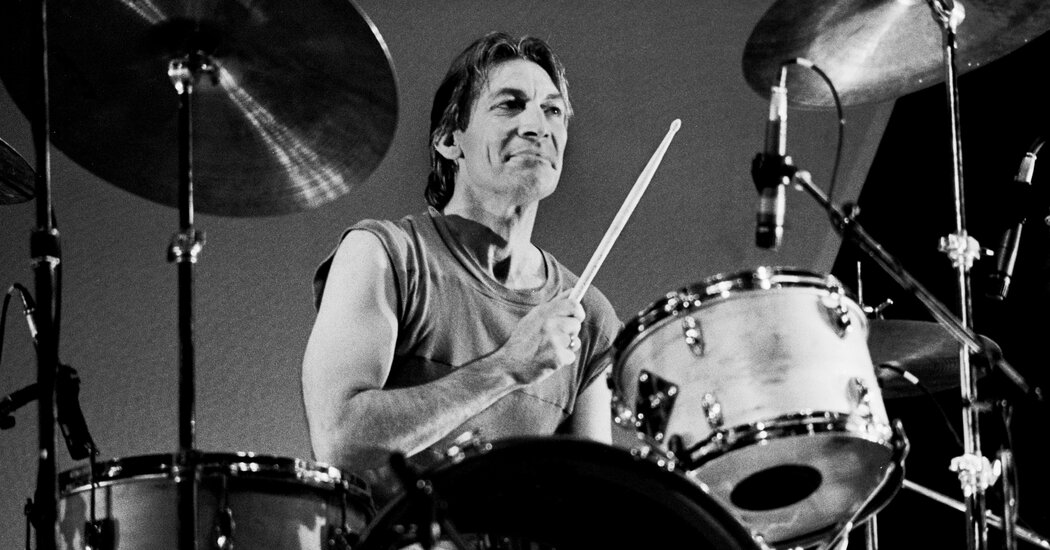 Charlie Watts, the unlikely soul of the Rolling Stones

On some superficial level, Charlie Watts had always seemed the strangest Rolling Stone, one who was never really part of rock’s most Dionysian force.

While his comrades cultivated an attitude of debauched recklessness, Watts, the band’s drummer since 1963, maintained a calm, if not moody, public figure. He avoided the limelight, wore bespoke suits from Savile Row tailors, and remained married to the same woman for over 50 years.

Watts barely even seemed interested in rock ‘n’ roll itself. He claimed it had little influence on him, preferring – and long defending – the jazz legacy of Charlie Parker, Buddy Rich and Max Roach. “I never liked Elvis until I met Keith Richards,” Watts told Mojo, a UK music magazine, in 1994. “The only rock’n’roll player I ever loved when I was young was Fats Domino. “

Even the famous longevity of the Stones was less of Watts’ mission of a lifetime than tedious work punctuated by brief moments of excitement. In the 1989 documentary “25×5: The Continuing Adventures of the Rolling Stones”, he abstract what was then a quarter of a century on the clock with one of the greatest rock ‘n’ roll groups in the world: “Work five years, and 20 years hanging around.”

And yet Watts, who died on Tuesday at age 80 as the oldest member of the Stones outside of Richards and Mick Jagger, was an essential part of the band’s sound, with a rhythmic approach that was so much part of the musical imprint of the Stones. like Richards’ sharp guitar or Jagger’s sneering voice.

“To me, Charlie Watts was the secret essence of it all,” Richards wrote in his 2010 memoir, “Life.”

His distinctive drum style – playing with minimal movement, often slightly late – gave the band’s sound a barely noticeable but unmistakable rhythmic trail. Longtime bassist of the Stones, Bill Wyman, described it as a byproduct of the band’s unusual chemistry. While in most rock bands the guitarist follows the drummer’s lead, the Stones reversed that relationship – Richards, the guitarist, led the attack, followed by Watts (and everyone else).

“It’s probably a question of personality,” Wyman said in Victor Bockris’s book “Keith Richards: The Biography”. “Keith is a very confident and stubborn player. Immediately you have something like a hundredth of a second behind the guitar and Charlie’s beautiful drums, and that will change the sound completely. That’s why people have a hard time copying us.

Watts’ technique involved the idiosyncratic use of the hi-hat, the sandwich cymbals that rock drummers typically beat with metronomic regularity. Watts tended to withdraw his right hand on the upbeat beat, giving his left a clear path to the snare – giving the beat a strong but slightly offbeat momentum.

Even Watts wasn’t sure where he got this quirk from. Maybe he got it from his friend Jim keltner, one of rock’s most traveled studio drummers. But the movement became a signature of Watts, and the musicians marveled at his Charleston choreography. “It will give you cardiac arrhythmia if you watch it,” Richards wrote.

For Watts, it was just an effective way to hit the snare hard.

“I was never aware of having done it,” he said in a video interview 2018. “I think the reason I did it was to put my hand out and do a bigger backbeat.”

Watts’ musical style dates back to the mid-1950s in London, the period just before rock took hold among the post-war generation that would dominate pop music a decade later. As a young man he was in love with jazz, often jamming with a neighbor bassist, Dave Green. In 1962, after stints in local jazz groups, he joined guitarist Alexis Korner’s Blues Incorporated group, influenced by Chicago electric blues and R&B.

“I got into rhythm and blues,” Watts recalled in a maintenance 2012 in The New Yorker. “When they asked me to play, I didn’t know what it was. I thought it meant Charlie Parker, played slowly.

While Watts was in Blues Incorporated, Jagger, Richards, and Brian Jones – the Rolling Stones’ other founding guitarist – all passed through there, playing with the band. Watts joined the Stones in early 1963 and in June the band released their first single, a cover of Chuck Berry’s “Come On”.

The Stones quickly took their place as the leaders of British rock Invasion, the rowdy complement of The Beatles. But Watts never quite fit that profile. On the band’s first tours in the United States, he behaved like a middle-aged tourist, making pilgrimages to jazz clubs.

As the Rolling Stones lifestyle became more extravagant, Watts became more lonely and eccentric. He became an expert in Georgian money; he collects old cars but never learns to drive. Journalist Stanley Booth, in his book “The Real Rolling Stones”, about the glory and depravity of the band’s 1969 US tour, described Watts as “the most polite man in the world.”

At the same time, Watts often functioned as a sort of tongue-in-cheek mascot for the group. He was a focal point on the covers of “Between the Buttons” (1967) and “Get Yer Ya-Ya’s Out!” (1970), in which a smiling, leaping Watts posed with a donkey.

When members of the Stones moved to France in 1971 to escape onerous British taxes, Richards’ rented villa in Villefranche-sur-Mer became the center of the group’s creativity and decadence. Watts and Wyman largely abstained and, as a result, were absent from some of the ad hoc recording sessions that culminated in the band’s upcoming album, “Exile on Main St.”

“They weren’t very debauched for me,” Watts said later of the sessions. “I mean, I used to live with Keith, but I used to sit and play and then I would go to bed.”

While around the Rolling Stones, he was invariably laconic, usually lingering in the background during public appearances. But later in life, as Watts indulged in his love for jazz during the long stretches between the Stones’ projects – his bands included Charlie Watts Orchestra and two with Green, the Charlie Watts Quintet and ABC & D of Boogie. Woogie – he opened up, giving occasional interviews.

His favorite subjects were his love of jazz and how strange it was to be a member of the Rolling Stones.

“I used to play with a lot of bands, and the Stones were just another one,” he said. The observer, a British newspaper, in 2000. “I thought they would last three months, then a year, then three years, then I stopped counting.”

Delay Makes “The No One’s Rose” Premiere Even More Poignant