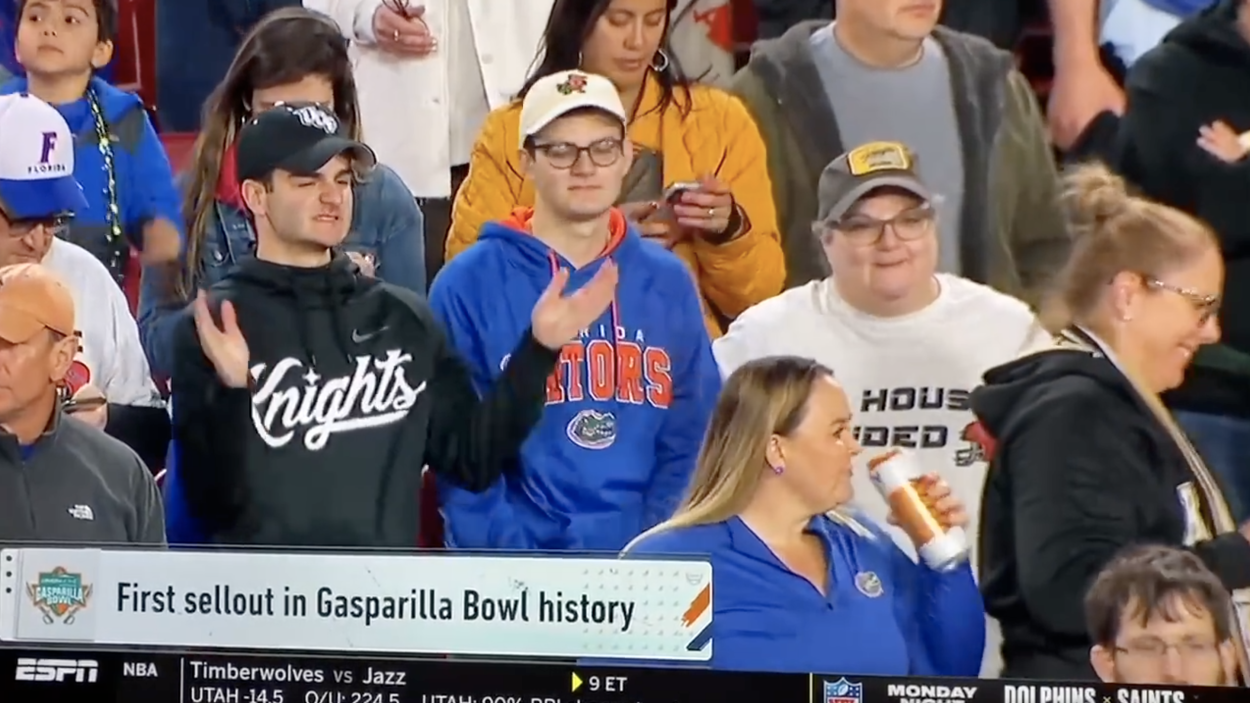 Thursday’s Gasparilla Bowl saw the first sold-out in 13 years of the game’s history. It pitted a .500 team from Florida who squeezed into bowl eligibility against enemies of the state, UCF.

The Gators have refused to play the Knights in recent years, so the game meant a lot to both sides, but a little more to those in Orlando. As a result, the stadium was filled to the brim with black and gold, with just a few pops of blue and dusted orange.

When the ESPN broadcast of the game began, it opened to a panoramic of the stadium. He cut between different groups of fans in the stands, and a UCF loyalist was fully exposed in 4k.

As the camera turned in her direction, the group played a sort of pro-UCF cheer. The fan, in an effort to clap, could not. He just couldn’t do it.

He knew what he was doing, he knew it was a fight.

The fan turned to his Florida friend to his left and let him know he was wrong. It wasn’t even particularly close.

But he had not finished there. The UCF fan joined in the cheers, then went to clap again before the camera cut.

It was a poor performance from the rhythmically challenged UCF fan, but his team came out and beat Florida on the field. So overall it was a clear positive.

Even still you come to know his group chat would break out and roast this poor guy for being on the wrong side of the ESPN show.