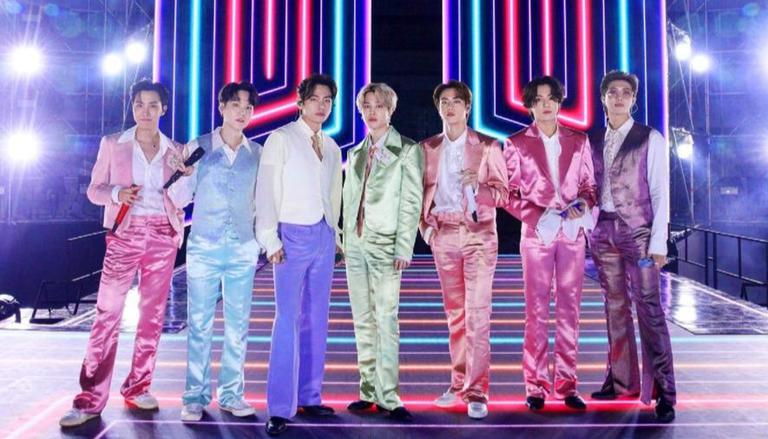 BTS’s ‘Dynamite’ Becomes Third Music Video For The Group To Hit THIS Milestone On YouTube; Read

South Korean boy band, BTS, is known for their tendency to set new benchmarks in the music world with every release. Their ladder to global success reflects their accomplishments as they continue to add more feathers to their artistic hats. From permission to dance for Butter, BTS has won several major awards not only in their home country, but also awards like the American Music Awards and more.

The peppy track that rocked the world to its beat in the summer of 2020, dynamite surpassed over 1.4 billion views on the video-sharing platform. The colorful music video has also racked up over 32 million likes. Released on August 21, 2020, the track achieved the feat on February 24, making it the fasted K-pop song to top the huge number on YouTube.

Reach the number of views in one year, six months and three days, dynamite beat BLACKPINK DDU-DU DDU-DU music video to set the record. Besides, dynamite became BTS’s third track to surpass the 1.4 billion mark as their tracks Boy with Luv and DNA had already joined the club.

Fans of the group, called ARMY, were quick to send congratulatory wishes to the band, as many expressed how proud they were of their accomplishments. One fan wrote: ”Actually proud of them!! Kudos to both BTS and ARMYs!’ while another wrote, ”Yeay congratulations BTS!”

The group is currently busy preparing their Permission to dance on stage concert in South Korea, Seoul. Recently, they made history by becoming the only artist to receive Artist of the Year at the 2021 IFPI Global Artist Chart twice in a row. Moreover, they beat notable artists such as Taylor Swift, Drake, Adele and many more to receive the award. While accepting the award, the group asked fans to look forward to their activities in 2022. The post came after fans speculated that the group was announcing their world tour this year.

get latest entertainment news from India and around the world. Now follow your favorite TV celebrities and TV updates. Republic World is your one-stop destination for trends bollywood news. Tune in today to stay up to date with all the latest news and headlines from the world of entertainment.