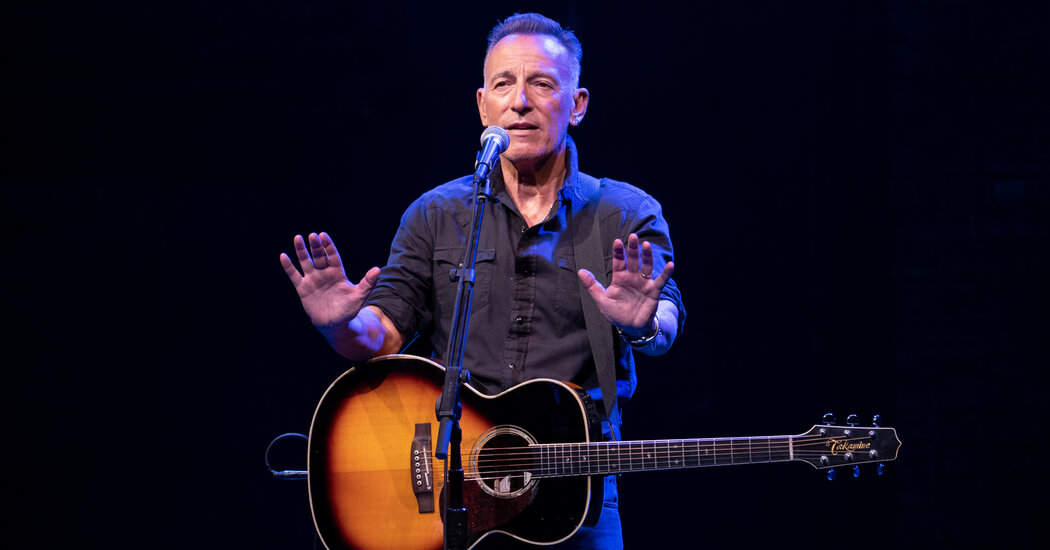 Bruce Springsteen reopens Broadway, ushering in the return of the theater

â€œIt’s been a long time coming,â€ Springsteen told the crowd after finishing the first song, stepping away from the microphone and addressing the crowd directly. “In 71 years on the planet, I haven’t seen anything like it last year.”

He spoke at length about his mother, Adele Springsteen.

And he addressed civil unrest across the country.

He then embarked on one of the show’s three new songs, “American Skin (41 Shots)”, a ballad written about Amadou Diallo, a Guinean immigrant, who was fatally shot in 1999 by police from new York City.

Amid the new material (including a new duet, “Fire” with his wife, Patti Scialfa), the beats that marked the opening act of “Springsteen on Broadway” quickly found their rhythm. Hours before the show, a crowd gathered outside the stage’s side door, a relic of Springsteen’s previous run to Broadway when fans demanded a preview of the rock star’s arrival every night.

â€œIt’s just epic to have the Boss reopen us,â€ said Giancarlo DiMascio, 28, who came down from Rochester to see the show (his 49th Springsteen gig). “It’s big for New York, it’s big for the arts and culture here, and having that openness is a sense of normalcy.”