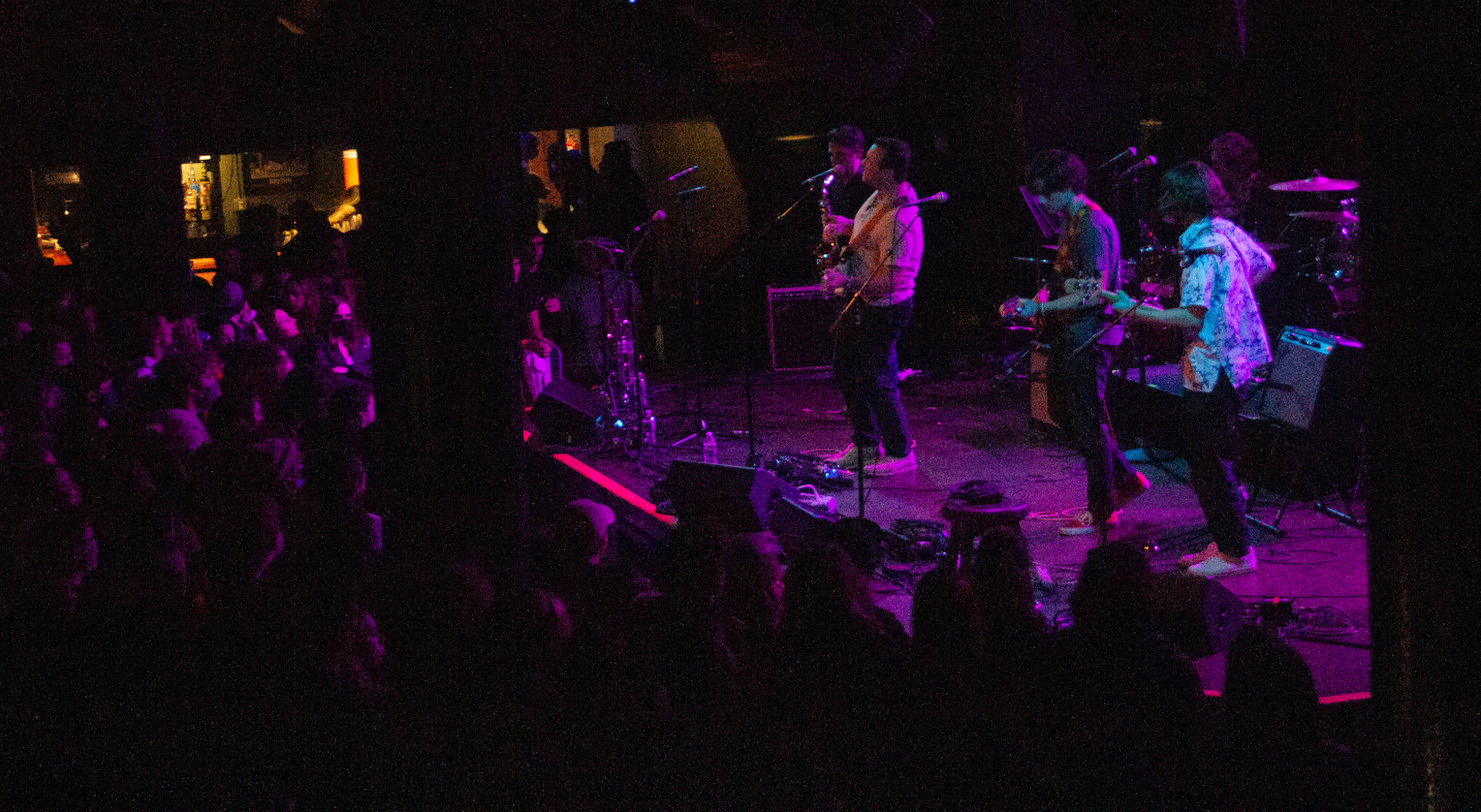 A long line stretched from the front doors of the famous Paradise Rock Club to Commonwealth Ave. as impatient fans waited to be admitted into the hall on Saturday night. The club’s â€œWall of Fameâ€ features the dozens of music legends who have performed in the venue, from Etta James to Aerosmith.

The Boston College Photo Negative student group joined the ranks of groups that took to the stage at Paradise Rock Club, as it sold out on Saturday. Photo Negative opened for the Juice group, which is made up of BC alumni.

Photo Negative, with Boston-based band Couch, opened for Juice on the tour of their new album, boy story. Amidst blue and pink strobe lights and large fan-held signs, Photo Negative dominated with its stage presence, performing both original songs and covers. The band covered “American Girl” by Tom Petty, “The Boys Are Back In Town” by Thin Lizzy, “Blister in the Sun” by Violent Femmes, “Don’t Let Me Down” by The Beatles and “The Nights” by ‘Avicii.

The original works of Photo Negative have met with great acclaim. The group has featured new and upcoming releases including “NBN,” “Whatever Floats Your Boat,” the unreleased track “Punting the Sweet Fantastic” and their latest track, “Ant Song,” released last Thursday at midnight.

The band’s music rocked the hall with passionate voices. Guitarist and singer Matthew Hogan, CSOM ’22, had a guitar string break before the band’s last song, but he quickly recovered and told the crowd he was grateful he hadn’t forgotten his back-up guitar.

Hogan said Photo Negative had the opportunity to open the show when they got the chance to meet members of the Juice group at a soccer game in British Columbia. BC Athletics hired Photo Negative to perform at the Family Weekend soccer game against Missouri on Maloney Lawn, Hogan said.

Photo Negative has been together since fall 2019. Nicholas Straub, bassist and MCAS ’23, noted the growth that would accompany Saturday’s show.

â€œThis semester has been really good for the group because we are finally able to [perform] more, â€Straub said. â€œIt used to be just in the basements and with friends we knowâ€¦ we take care of that more – we know what to play.â€

Hogan expressed his enthusiasm for the increased visibility he hopes to follow the Paradise Rock Club show.

â€œThis is our biggest crowd to date,â€ Hogan said. â€œWe usually have a maximum of 100 people. “

Alongside Hogan and Straub, the group is made up of Benjamin Crandall, guitarist, singer and CSOM ’23, Ã‰amon Laughlin, drummer and MCAS ’22, and Stephen Ventura, saxophonist and CSOM ’22.

â€œAs for the next semester, because we have the Juice opening, I’m just going to keep reaching out to the people I want to open up, play with,â€ Hogan said. “It’s pretty much a shoot for the moonâ€¦ the hope is that maybe someone notices our music.”

The five best entries of Finnish rock and metal Eurovision