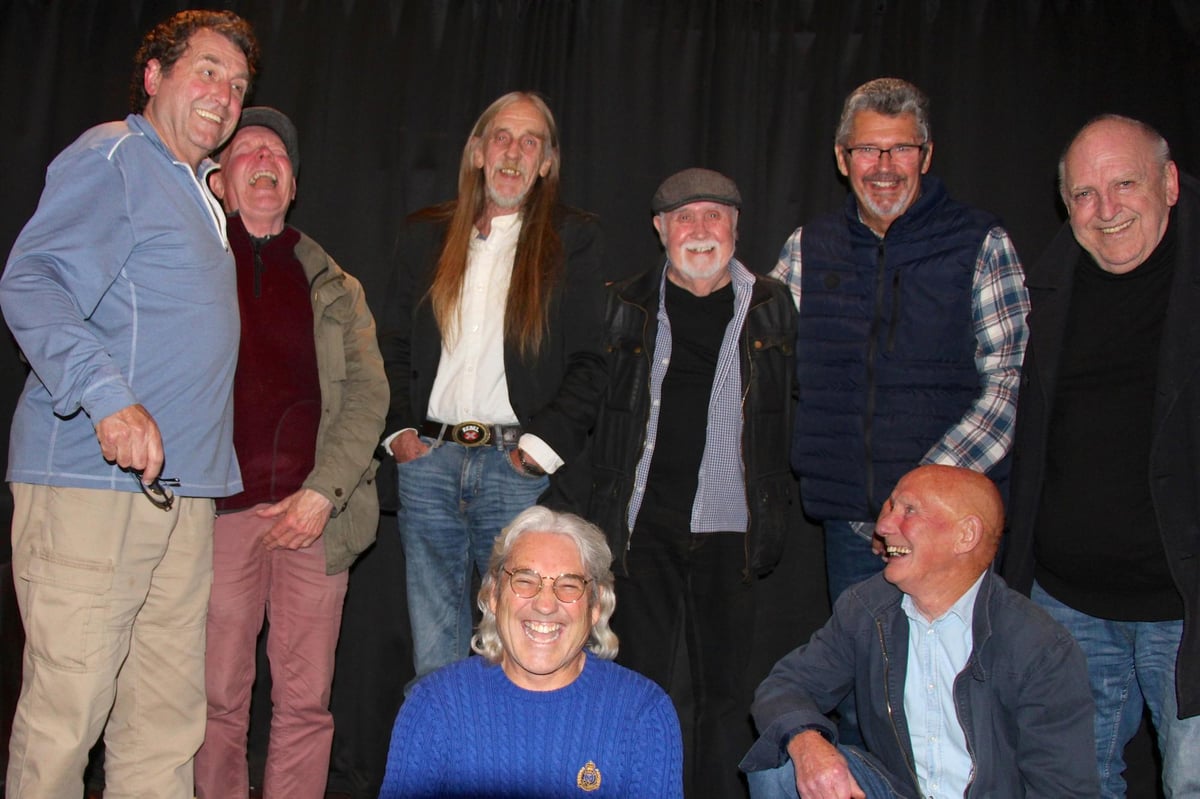 The group of musicians, bandmates and friends gathered for the first time in over 15 years at The Nursery Inn, Hopps Street, to reminisce about old times.

Among them are Alan Grange, a former road manager for 60s band KT’s Engine in Hartlepool, who now lives in California, and Derek ‘Wilko’ Wilkinson, who also drove to town from the US West Coast.

Derek, from Hartlepool, worked as a tour manager for top international artists, including Scottish funk and R&B group Average White Band (AWB) which had a string of hits in the 70s.

KT Engine was established in 1967 and run by local businessman Ken Tyzack, of Seaton Carew.

Alan, who produces a podcast with “Wilko” and fellow Hartlepool roadie Mal Craggs, called rock and roll thugssaid: “Wilko and I have been in the US since 1975, while Mal has remained based in the UK and now lives in Kent.

“We were both in England recording more material for our podcast, working with our old friend Mark ‘Hobbit’ Emery who was and still is the occasional sound engineer.

“It may have been a bit short for some people, and maybe some are still Covid shy, and we were hoping others would show up, but it was still great to see some of our friends again.

“We are all over seventy and would love to meet again before it’s too late.”

Alan crossed the Atlantic in 1975 with Wishbone Ash and worked with Average White Band for a decade, before touring with Bette Midler, Supertramp and many others in the 80s and 90s.

Derek, from the old neighborhood of Wagga, played in the UK before also heading to the US with AWB, then touring with bands like The Allman Brothers, Foreigner, Meatloaf and many more.