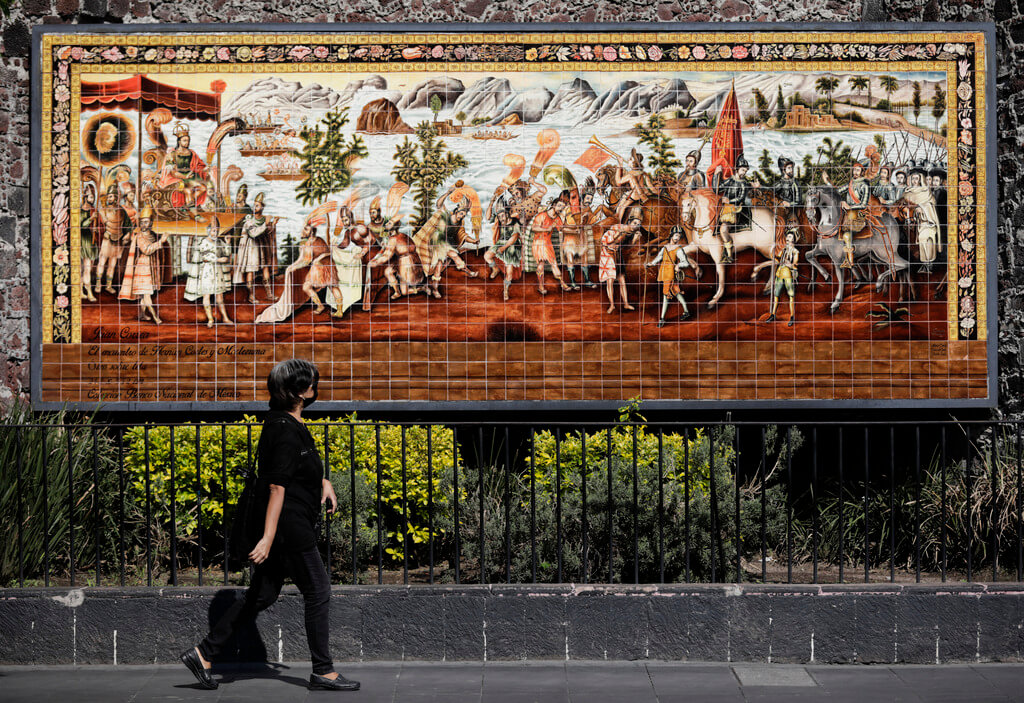 A little history is inevitable

Gwynne Dyer is a London-based freelance journalist whose comments are published in 45 countries.

Friday August 13 marks the 500th anniversary of the Spanish conquest of Mexico. The capital of the Aztec Empire, Tenochtitlan, fell to invaders after a long siege and became Mexico City instead. It was a major historical event, still mourned by millions and celebrated by millions more five centuries after it happened. But was it really inevitable?

Laurent Binet does not think so. The novel by French writer “Civilizations”, which started winning awards as soon as it was released in 2019, is now translated into English and offers an alternative story in which the Incas and the Aztecs conquered Europe. It’s fiction, of course, but it’s sobering.

Binet began 1,000 years ago with the Viking voyages to “Vinland” (Newfoundland), an interesting historical fact that had no known impact on the rest of the world. But in Binet’s version, a single band of Vikings sails all the way up the coast and up the Amazon River, eventually conquering and marrying a Native American group.

This is the key plot device, as this wandering Viking group doesn’t just give locals the technique to craft iron tools and weapons. It also gives Native Americans all the Eurasian diseases that kill quickly: smallpox, cholera, influenza, bubonic plague, typhoid, etc.

The first generations of local victims die in gangs, but 500 years later their descendants all have the same immunities as Europeans. So when Christopher Columbus landed in the Caribbean in 1492, the locals were as well armed as his crew, they didn’t get sick, and they ate European explorers for lunch (metaphorically, of course).

Next, an ex-Inca monarch exiled in Cuba asks his men to de-bone Christopher Columbus’ ships, builds some of his own, and heads to Europe to see what he can conquer or steal. A picaresque story follows in which a band of 300 Inca “conquistadors” first overthrows the King of Spain then, modestly reinforced by other Inca adventurers, also seizes Italy, Germany and the Countries. -Low.

The message seems to be that the Native Americans, if given the opportunity, would have been slightly nicer and more enlightened imperialists than the Europeans who fulfilled this role in real history. Which may be true, but not very relevant, since the whole storyline is quite amazing.

Few things in history are inevitable, but the conquest of the Americas was. It could have been done by the Chinese or Muslims rather than the Europeans, but whichever of the older Eurasian civilizations reached the Americas first had to supplant the younger local civilizations.

The problem was the sheer biological vulnerability of “New World” populations to people from the “Old World”, and Binet’s device that the Vikings of Greenland accidentally conferred immunity on New World inhabitants 500 years before Columbus failed to work. simply not. The then new colonies of Greenland were so remote from Europe, so small and so rarely visited that they themselves lacked lasting immunity.

Additionally, their explorations of Newfoundland and around the Gulf of St. Lawrence were undertaken in the hope of finding a valuable resource that they could trade with Iceland and Norway in exchange for anything they didn’t. could not produce themselves.

As soon as the Greenland Vikings found something that filled the bill closer to home – walrus and narwhal ivory from Disko Bay on the northwest coast of Greenland – they shut down the Earth base. -New and have stopped sailing west. The idea that they could have reached the Caribbean, let alone the Amazon, is absurd.

The population of the New World in 1500 was probably around 50 million people, mostly living in large but relatively new mass civilizations. This population fell by about 90 percent in the following century. So many farms were abandoned that the global temperature dropped (the “Little Ice Age”) as the forests grew back and soaked up huge amounts of carbon dioxide.

What killed these 45 million missing people? Perhaps a million died at the hands of European invaders, but the vast majority fell victim to deadly Eurasian diseases. If the Chinese had crossed the Pacific and reached the Americas first, the result would have been exactly the same. These civilizations were doomed.

More articles from the BDN