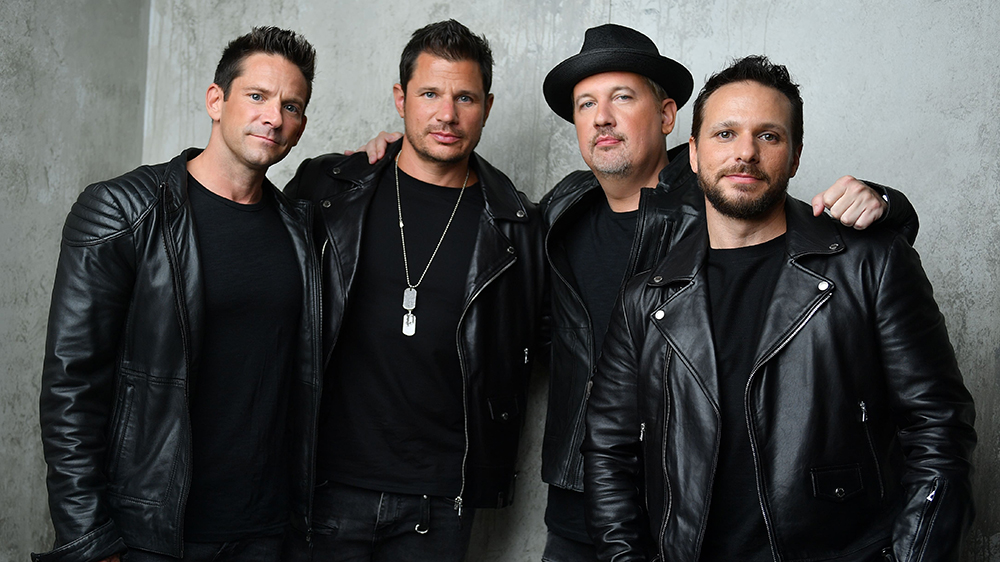 98 Degrees return with new music after an 8-year hiatus

For Jeff Timmons, it barely took a second to recognize the voice of his comrade Nick Lachey behind the piglet costume in “The Masked Singer”.

â€œI knew it as soon as I heard it – then I went straight to the Strip and I bet! Laughs the Vegas resident. It’s no wonder since Lachey’s was the same powerful, masked voice that first seduced Timmons as he sought out potential vocal group members while forming 98 Degrees 26 years ago.

Sent a tape of a track from Lachey’s band with Justin Jeffre, The Avenues, Timmons knew he had found a special singer. â€œI heard Nick’s voice and not seeing what he sounded like, I was like ‘I have to catch this guy.’

“That’s the only reason I made the cut – there was no picture with the tape,” Nick Lachey cracked.

â€œI was also on the recording, but he was not impressed! adds Jeffre, who was later recruited by Nick Lachey.

Eventually joined by Nick’s brother Drew Lachey, the boy group will sign with Motown Records, release charts like “Because of You” and “The Hardest Thing”, collaborate with Mariah Carey and move on to posters of Janet Jackson. on their walls opening for the icon.

More than two decades later, the Ohio natives are back with their first new non-festive music in eight years, starting with the summery and rhythmic single, “Where Do You Wanna Go”. â€œWe also recorded a few other songs and they are something different for us, but they still match the sound of 98 Degrees,â€ says Jeffre, sitting alongside Timmons and the Lachey brothers in Los Angeles. â€œWe still want that balance of music that is relevant today, but that won’t make our fans say ‘That doesn’t sound like these guys.’â€

The recording of the new music was partly initiated by the pandemic, with Nick Lachey laughing that the band members were “getting bored.” Getting serious, he adds “” No, we’ve always wanted to make new music, but being unable to do anything for a year gave us all a new perspective. It was so exciting to finally get back together. And, we had a great song submitted to us that we all liked and wanted to record. “

Rather than working virtually, the quartet traveled to Vegas and formed a recording â€œbubbleâ€ at the Westgate Las Vegas Resort & Casino.

â€œYou don’t really think, ‘I’m going to Vegas to be safe,'” Drew Lachey says of Sin City amid the pandemic. “But it worked out well because we were at Westgate, where Elvis was playing, so we had that vibe back in Vegas, which made us even more excited to release new music.”

In addition to recording new tracks, the quartet worked with producers like DJ Lux to remix climax hits like “The Hardest Thing” and “Invisible Man” for the upcoming EP remix “Summer of 98”. It’s all part of the band’s 98 Days of Summer campaign, which features new photos, music, and flashbacks.

As the campaign celebrates today’s nostalgia for ’90s boy bands, the singers note that making music today is more enjoyable than it was then. Breaking onto the scene alongside bands like Backstreet Boys and * NSYNC, they were pressured to be like their peers.

â€œIt was difficult because we were meant to be a certain way with our label and had the pressure to be compared to these bands, while struggling to find our own identity,â€ says Timmons. “We had to find an identity and separate from Backstreet and * NSYNC, which was difficult because they were well-oiled machines.”

“And it seemed like everyone was trying to push this narrative [of rivalry] about us, but we saw ourselves as a different group, â€adds Jeffre. â€œThere were only four of us, we weren’t dancers, we were all about vocals and we were on Motown, so we weren’t part of that same machine. But it was in our favor that we were compared to what has become some of the greatest bands in history.

One way the band stood out – albeit unintentionally – was to become known as much for their physique as for their music. Timmons notes that staying in shape came naturally given their athletic background, so they never expected such attention.

â€œWe were all athletic guys, but when we were with the pop photographers – and back then there were only a few – they encouraged us to take our shirts off,â€ says Timmons. “It’s not like we’ve come out to flex, but it’s become part of our image, so you’ve got to live up to that image because the second you slipped, someone would remind you that you get chubby! “

Today, the group does not let itself be impressed by external pressures and expectations. Nick Lachey notes that they have also stopped taking themselves too seriously. â€œIn the late ’90s there was so much pressure and we were on this roller coaster, so we never stopped smelling the roses,â€ he says. â€œWe have a better perspective now and know this is something that we are fortunate enough to do twenty years later. It’s like, ‘Let’s work hard for this, but let’s also make the most of the moment.’ â€

â€œEverything was running at 98 degrees when we were younger,â€ adds Timmons. â€œNow we have other jobs, kids, families, girlfriends and we can go out and have a good time. We have the best rapport we’ve ever had and our fans seem more exuberant and excited than ever. “

Making music that would form this longtime fan base is exactly what Timmons dreamed of when he moved to Los Angeles. But after the buddy who introduced them to Nick Lachey and Jeffre withdrew from the group, the trio had to find a replacement, Timmons’ brother Michael briefly joining the group.

While family members seemed an obvious avenue to explore – New Kids on the Block has brothers Jordan and Jonathan Knight, while Backstreet Boys has cousins â€‹â€‹Kevin Richardson and Brian Littrell – Nick was reluctant to suggest Drew.

â€œOf course, I thought of him, but I didn’t want to look like I had an agenda,â€ he admits. “[Justin] actually suggested Drew because I felt uncomfortable doing it.

Jeff says that as soon as Drew joined the band, the sound of 98 Degrees “fell into place”.

â€œLife has gotten so much better for everyone,â€ jokes Drew.

Among the highlights of their debut, the band performed backstage at a Boyz II Men concert, worked with Stevie Wonder, recorded a No.1 hit “Thank God I Found You” with Mariah Carey and opened for Janet Jackson in Hawaii.

â€œThe spectacle and the grandeur of this production was incredible,â€ says Nick Lachey. â€œWe were at the start of our career and had only played in clubs, then suddenly we are on stage in a stadium full of people. We grew up with Janet Jackson. I had the Rolling Stone cover hanging in my room, so it was like, ‘Wow, now we can share the scene with this amazing woman.’ “

He’s returning to the stage they’re excited about, starting out performing at the Great New York State Fair on August 21. Other dates should follow. â€œThe opportunity to tour and perform – none of us will ever take that for granted again,â€ says Nick Lachey. â€œWe missed it a lot.

Find pebbles, win a bike at Third Friday In Galion