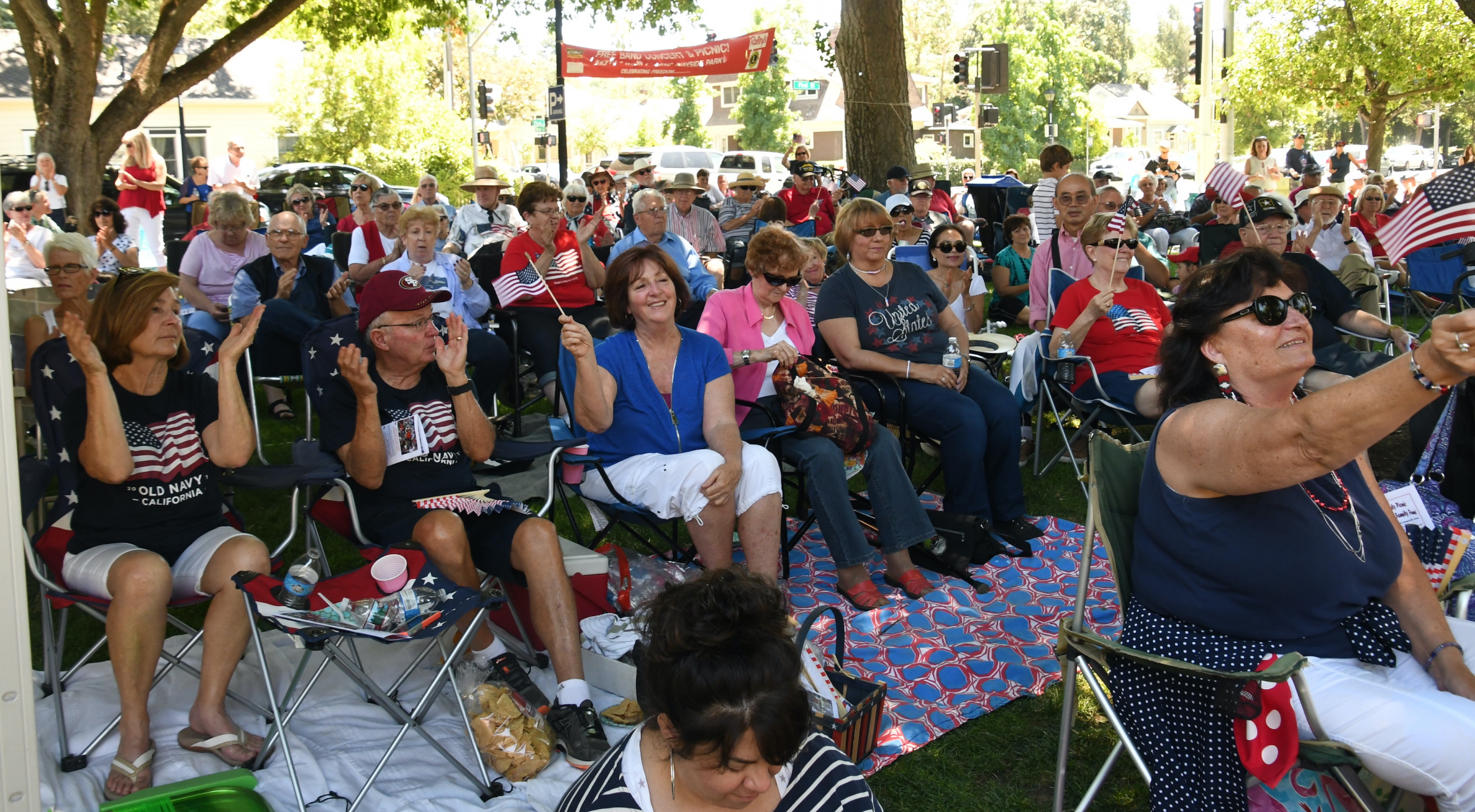 “I think the 4th of July is a day to honor our founding fathers and mothers, for forming a country based on the value of freedom through the declaration of independence,” Brown said. “Locally, the 4th of July is a time to come together, listen to the Pleasanton Community Band, proudly display the American flag and celebrate with friends and family.”

The park on First Street is expected, as always, to be filled with people sitting on lawn chairs or blankets while donning the red, white and blue of the United States of America for the celebration of the feast of independence.

The Pleasanton Community Concert Band, under the direction of longtime bandleader Bob Williams, will perform a free concert entitled “Themes Like Old Times: The Music of the Roaring 20s”. They will also perform an armed forces salute with the anthems of each U.S. military branch.

Williams will be one of five community contributors honored later at the July 4 event. He will join other most recent Ed Kinney Community Patriot Award recipients, Chris Miller, Charles Huff, Joyce and Bob Shapiro, in receiving special recognition at the ceremony. The annual awards are named after the late former Mayor Ed Kinney, who served as the first master of ceremonies for the July 4 celebration in Pleasanton.

Current hosts Ken McDonald and Les Duman will narrate this year’s event in the style of former radio hosts.

Members of the Pleasanton Lions Club will sell a picnic lunch of hot dogs, fries and water for $2 per person, along with free little American flags to the first 200 adults to arrive on Monday. A military colorguard will also be on hand for the national anthem.