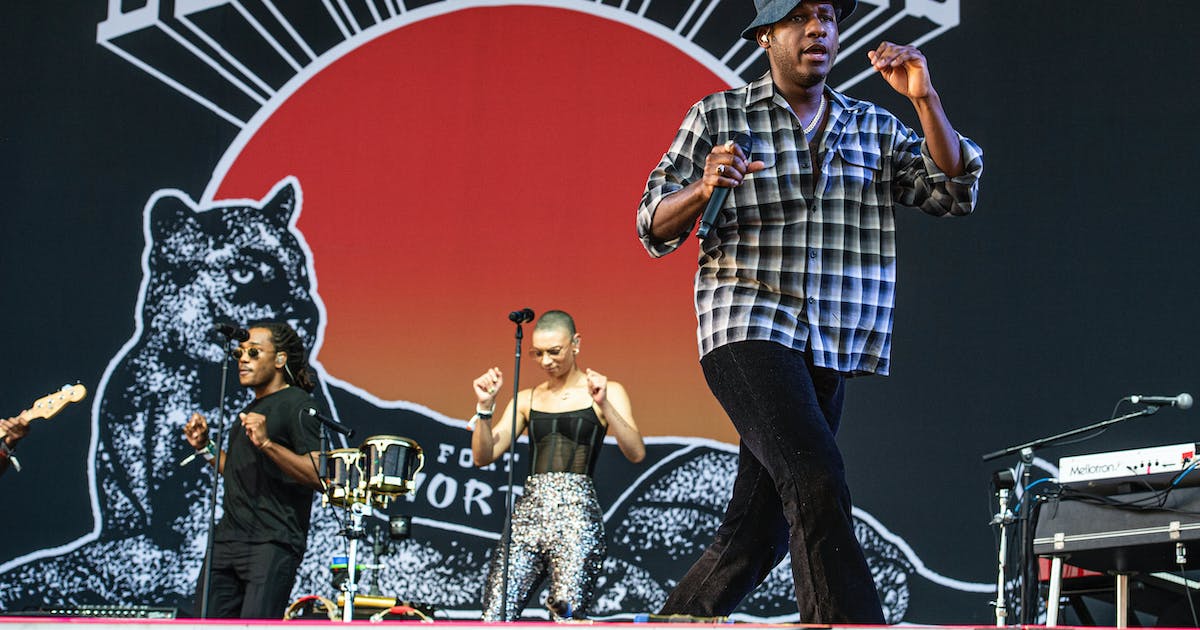 1. Cultural Club: Duran Duran was washed down last weekend, so fans of MTV-backed 1980s UK New Wave can get their fix with Boy George and his pals (original members Roy Hay and Mikey Craig remain). It’s always a treat to hear “Karma Chameleon”, “Do You Really Want to Hurt Me”, and “I’ll Tumble 4 Ya”, but half the fun of a Culture Club concert these days is in the unpredictable statements that come out of Boy George’s unfiltered and often sassy mouth. (Mystic Lake Casino showroom at 8 p.m., Prior Lake, $49-$129, ticketmaster.com)

2. Leon Bridges: When he emerged from Houston in 2015, he was a delicious soul man in the spirit of Sam Cooke. It has evolved, as shown in “Gold-Diggers Sound” last year, his third feature film. It favors a relaxed, slowed-down, almost conversational flavor of modern R&B. He received help from jazz stars Robert Glasper and Terrace Martin, singer Jazmine Sullivan and Minneapolis songwriter Dan Wilson. Expect Bridges to feature material from her new album as well as her fancy dance. Little Dragon opens. (8 p.m. The Armory, 500 S. 6th St., Mpls., $67 and up, ticketmaster.com)

3. Kamasi Washington: After working his way up the Icehouse ranks at The Palace and Rock the Garden over the past seven years, the otherworldly LA saxophonist and his cosmic-funk band are making a rare comeback to the clubs to play jazz the most popular in the Twin Cities. place before a larger concert at the Sacred Rose Festival in Chicago. He debuted a bold new track earlier this year, “The Garden Path,” but his last album was the 2020 score to Michelle Obama’s documentary “Becoming.” So who knows what to expect from this weekend’s four intimate sets? Which adds to the excitement. (6:30 and 9 p.m., also Saturday, The Dakota, 1010 Nicollet Mall, Mpls., $50-$80, dakotacooks.com)

4. Ramstein: What’s a German metal band with few US radio shows or mainstream chart success that tours stadiums across North America? The answer lies entirely in the band’s large-scale, cinematic, pyrogenic live show, which is so ambitious it takes four days to put together and requires a stadium-sized space to expand. After a nearly three-year wait due to COVID delays, fans in Minnesota finally got to experience the carefully crafted tour, which will feature songs from the meanwhile-released album, “Zeit,” which means “time.” . It’s definitely a good time. French classical pianists Duo Jatekok open; No kidding. (7 p.m., US Bank Stadium, 401 Chicago Av., Mpls., $26-$146, ticketmaster.com)

5. Caitlyn Smith: The Cannon Falls, Minn.-based singer-songwriter found a career in Nashville even though she never scored a radio hit under her own name. (She wrote the Meghan Trainor/John Legend winner “How I’m Gonna Lose You.”) Last year, she collaborated with Old Dominion on “I Can’t,” which caused quite a stir, and this year, she dropped an eight-song EP, “High,” featuring clever verses and explosive Nashville choruses by the numbers. The standout track is the ballad “Nothing Against You” with the winning line “I don’t want to blame you for anything but me”. (8:30 p.m. also Sunday Leinie Lodge Bandshell, Minnesota State Fair, free with admission)

6. Saint Paul and the broken bones: Following their thrilling debut as the lost children of Otis Redding and the Stax sound in 2014, Paul Janeway and friends embark on experimentation on this year’s “The Evil Coast,” their fourth album. They expand their palette with different sounds, including atmospheric synths, psychedelic rock and hip-hop elements. The content focus also evolved, with Janeway exploring Greek mythology as well as real historical issues. But he still manages to unleash his inner-man soul on the disco-y, Bee Gees-ish “The Last Dance” and the dreamy falsetto ballad “Love Letter from a Red Roof Inn.” Fresh off a European tour, gospel-loving Janeway, always dramatically seductive in concert, returns to sanctify, uh, St. Paul. (8:00 p.m. Palace Theater, 17 W. 7th Pl., St. Paul, $33-$55, first-avenue.com)

Also: Five years after their falsetto hit “Feel It Still” made it to the radio Top 40, groovers from Oregon to Portugal. The Man headlines 89.3 the Current’s annual Music-on-a-Stick party with the Manchester Orchestra, the U2-ish Atlanta band behind “Bed Head” and local fun trio Bad Bad. Hats (State Fair Grandstand 7 p.m. $27-$37); The Twin Cities duo Erin Schwab and Jay Fuchs revisit the Summer of Love, which was in 1967, with the Mamas & the Papas, Simon & Garfunkel, Jefferson Airplane and others (8 p.m. the Belvedere tent at Crooners, $20-$30); Twin Cities soul rocker Mae Simpson and her fast-paced band wrap up a summer of gigging in the Midwest with a big hometown set, also featuring the Shackletons and Karate Chop (7 p.m. Hook & Ladder outside, $15 to $20).

7. Dire Straits Legacy: Originally promoted as Dire Straits without frontman/guitarist Mark Knopfler, this band has revamped its staff since forming in 2013. Original DS keyboardist Alan Clark is still on board, as are longtime members Mel Collins, Phil Palmer, Danny Cummings and Jack Sonni. On bass is Trevor Horn of Yes and Buggles (“Video Killed the Radio Star”). The repertoire is classic-rock gold with “Money for Nothing” and “Sultans of Swing” as well as “Owner of a Lonely Heart” by Yes. (8:30 p.m., also Tues. Leinie Lodge Bandshell, Minnesota State Fair, free with admission).

Also: British pop singer Callum Scott, who caused a stir on “Britain’s Got Talent,” is coming to the US to promote his sophomore album, “Bridges” (7:30 p.m. Varsity Theater, $42+); Rich-voiced New York cabaret artist Dawn Derow presents her show “My Ship: Songs from 1941” with tunes from Duke Ellington, Irving Berlin, the Andrews Sisters and more (7 p.m. on Dakota, $25 at $35).

10. Florida-Georgia line: Is this the last rodeo for this successful country duo? Brian Kelley released a solo album last year and Tyler Hubbard signed a solo deal with EMI Nashville in May, just released a single, “5 Foot 9” and announced a solo tour. After 14 No. 1 country songs, five albums, and four CMA awards, FGL has announced a hiatus after its 2022 tour. So it’s one more chance to hear “HOLY,” “Cruise,” and “This Is How We Roll.” “. Country streaming star Bailey Zimmerman opens. (7 p.m. Minnesota State Fair grandstand. $75-$106, etix.com.)